For those wanting to share in the festivities of this year’s Centennial Celebrations or who collect local memorabilia, the new limited edition Courtenay Centennial T-Shirts are available for sale at the Lewis Centre and the Florence Filberg Centre for $20 including tax.

All of the proceeds from the t-shirt sales, as well as other Centennial fundraising initiatives happening throughout the year, will be added to the Comox Valley Foundation Centennial Legacy Endowment Fund. Like other endowment funds administered through the organization, the money that’s donated is invested in perpetuity. The income that’s generated by the fund each year is then allocated to charitable programs and endeavours that enrich the lives of local residents. Anyone wishing to contribute to the Centennial Legacy by donating to the fund may do so through the Comox Valley Community Foundation website www.cvcfoundation.org.

Updates on other fundraising initiatives can be found on the City of Courtenay website at www.courtenay.ca , or on Facebook and Twitter using the official hashtag #Courtenay100. For more information about upcoming events, volunteer opportunities, and business sponsorships, contact the Courtenay Centennial Celebration Committee at 100years@courtenay.ca or by calling 250-334-4441.

This project has been supported by the Building Communities Through Arts and Heritage Program, Department of Canadian Heritage. 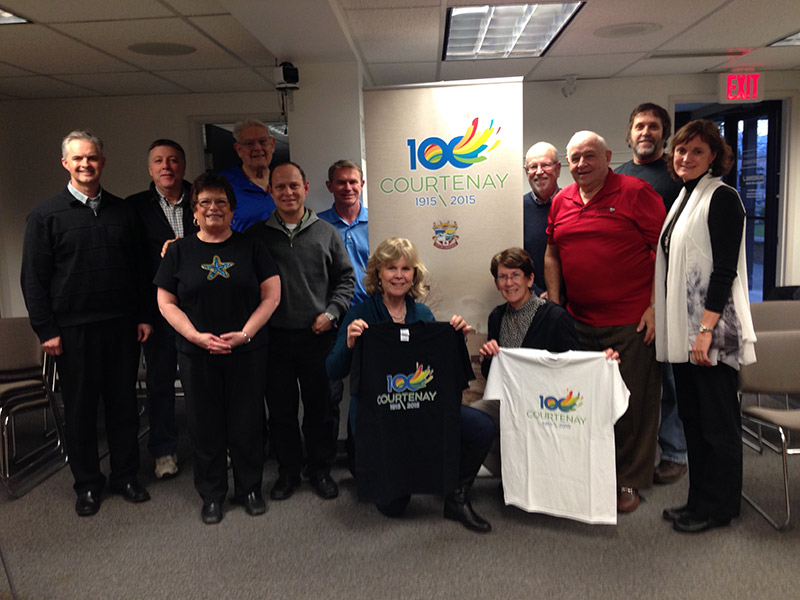