The City of Courtenay has developed a vision for the future of downtown Courtenay. A series of consultation events invited the public, including the downtown business community, to have a say in the downtown revitalization process.

Courtenay City Council adopted the Downtown Courtenay Playbook: A Partnership Action Plan at the September 6, 2016 Council meeting. The plan presents a long-term overarching vision and goals, along with a list of actions and broad timelines to help achieve them.

The downtown revitalization tax exemption program (Bylaw No. 2937 [PDF - 1 MB]) has been established to provide Owners with an economic incentive in the form of a tax exemption to undertake the development of new improvements and to promote the revitalization of Downtown Courtenay. 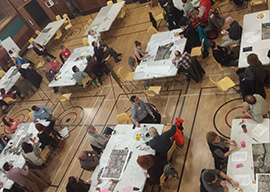 How to Stay Informed 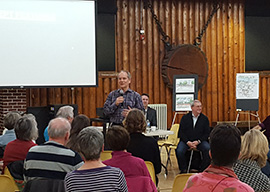 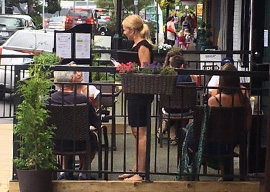 Information for businesses wishing to install a sidewalk patio in the downtown core. 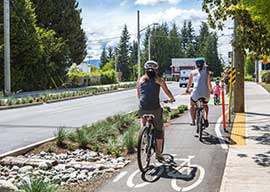 Upgrades to Fifth Street between Fitzgerald and Menzies Avenues include improvements to walking and cycling infrastructure, along with innovative rainwater management. 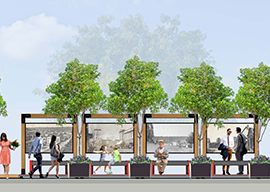 A new multifunctional and adaptable parklet will be coming to 4th Street in Downtown Courtenay.

The City of Courtenay gratefully acknowledges the support of the Real Estate Foundation of British Columbia for the Downtown Revitalization Project.