They were commended for their tremendous courage, selflessness, and valour, placing the welfare of others ahead of their own safety, in the face of extremely hazardous conditions with potential for personal harm.

The City of Courtenay thanks them and all other first responders involved in the rescue effort. 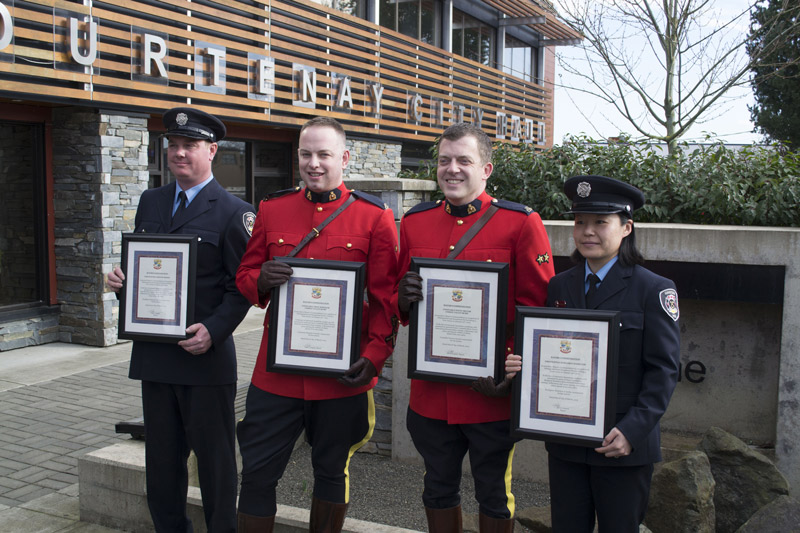