Courtenay’s Centennial Legacy Fund is already paying off for several local organizations. A portion of funds raised at the Courtenay Spring Social in March – nearly $3,500 – has been distributed by the Courtenay Centennial Committee.

“These are the first funds we’ve been able to give out from the Centennial Legacy Fund, and we’re so pleased to be able to support local youth through these worthy groups,” said Courtenay Centennial Committee member and Courtenay City Councillor Doug Hillian. “We know these funds will be put to good use.”

$869 went to the Boys and Girls Club of Central Vancouver Island - Comox Valley, $800 to Rainbow Youth Theatre, and $1,800 to the Komox Air Cadets to assist with their visit to Vimy Ridge during its historic 100 year anniversary; a fitting tie-in to Courtenay’s own centennial celebration in 2015.

The Centennial Legacy Fund supports the development of local children and youth through their participation in academic, athletic, cultural, recreational, vocational and other activities provided by non-profit organizations in the Courtenay area where funding is a barrier to participation.

The first-ever Courtenay Spring Social was held in March. The event was modeled after a “Manitoba Social”, a festive, informal gathering raising money for a good cause.

Over $40,000 has been raised for the Courtenay Centennial Legacy Fund, primarily through various community fundraisers as well as a $10,000 contribution from the Province of British Columbia. The fund is held by the Comox Valley Community Foundation. The $3,500 distributed in 2016 represents funds raised at the Spring Social event from a 50/50 draw, as well as a raffle featuring prizes donated by Westjet, Hot Chocolates / Cakebread, the Downtown Courtenay Business Improvement Association, Cascadia Liquor, and Quality Foods.

“We’ve had such amazing support from local organizations and individuals for the Spring Social, as well as the Centennial Legacy Fund in general,” noted Hillian. “Spring Social tickets sold out in 2016, and we’re hoping to repeat that next year, all to support local youth.”

To donate to the Courtenay Centennial Legacy Fund, visit www.cvcfoundation.org 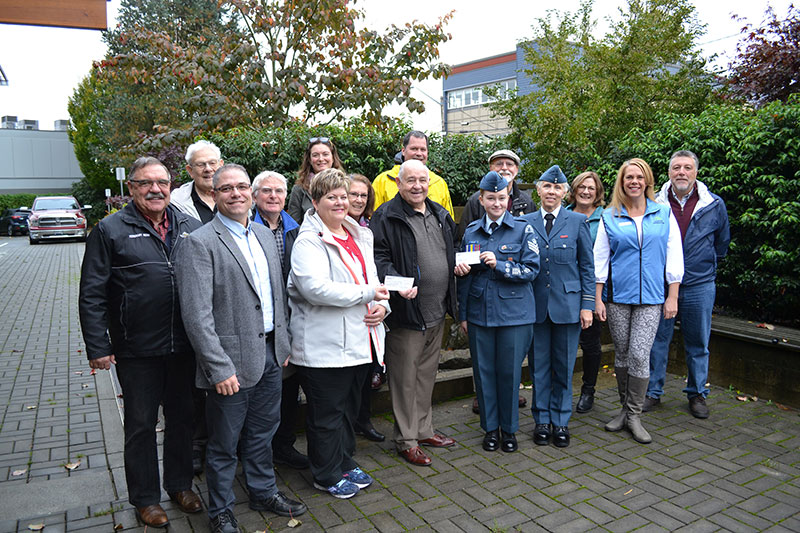