The City of Courtenay’s curbside recycling program has received an award from Multi-Material BC for having the lowest contamination rate for a “single stream” system in the entire province. The rate of unacceptable materials in Courtenay’s blue bins was only three percent.  Single-stream recycling means all materials are placed together in the blue bin without sorting.

The award was presented on September 29 at the Union of B.C. Municipalities Conference in Victoria.

City of Courtenay CAO David Allen said the award is a win for the community. “There are big benefits to keeping the contamination rate low,” noted Allen. “First of all, reducing contamination helps preserve the rest of the recyclables, keeping the maximum amount of materials out of the landfill.

“Secondly, it has a direct impact on costs. We’re able to offer curbside recycling to residents completely for free at this point. Operating costs are fully reimbursed by MMBC and are not charged to residents on their property tax bill. Keeping our contamination rate low helps the program operate more efficiently and ultimately results in lower costs for everyone involved. We thank our residents for doing such a great job with this, as well as our recycling contractor, Emterra.”

Materials that contribute to contamination of curbside recycling bins include non-recyclable materials that should be instead be disposed of in the garbage bin. It also includes materials that are only recyclable at recycling depots, including glass, Styrofoam, plastic film, and plastic bags. For detailed instructions on recycling or disposing of various materials, visit recyclinginbc.ca

Residents are encouraged not to rest on their laurels, however. The latest reports from MMBC show that Courtenay’s contamination rate has been slowly increasing. “MMBC advises that our levels of non-recyclables in the blue bin have gone up this year,” notes Allen. “This tells us we need to provide the public with more guidance, and we’ll be working with our contractor on that. We know Courtenay residents have a keen interest in recycling, and the more information we can provide to help, the easier it is for everyone.” 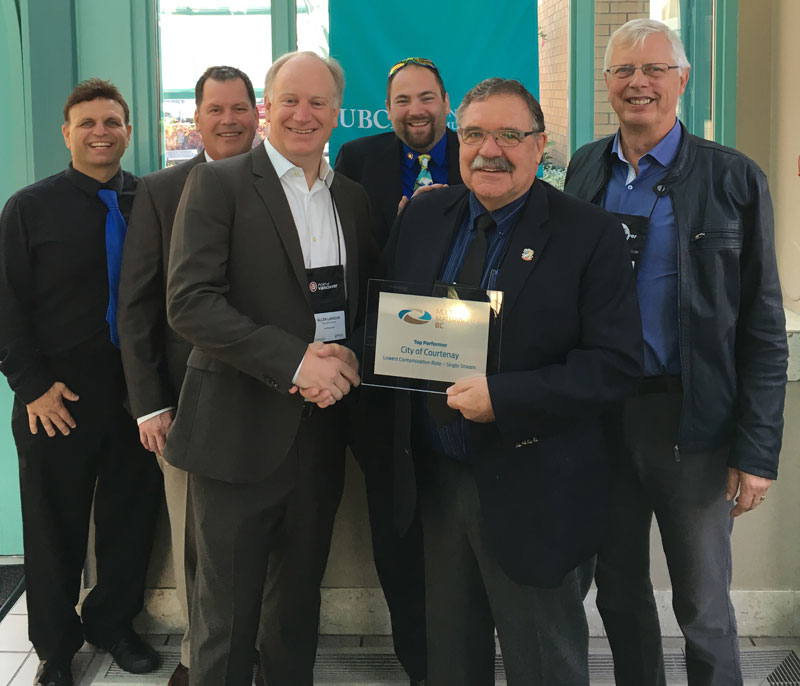