During storm season, the City is prepared to respond to potential problems caused by heavy rains 24 hours a day, 7 days a week.

The City is in frequent contact with BC Hydro. At this point they have not indicated there is a major flood concern, but City crews are taking all necessary precautions, just in case. They will continue to monitor the situation before determining whether a second Aqua Dam is needed along Comox Road between the Old Island Highway and the Highway 19A bypass.

Did you know? The City has taken steps to reduce the risk of flooding in the Puntledge Business District area. Initiatives include a new Tall Wall barrier along a section of the Old Island Highway, and one-way valves in storm drains to prevent storm water from backing up and contributing to flooding.

Over the coming days the City will continue to communicate with BC Hydro and other agencies, and will keep the community informed should the forecast worsen. 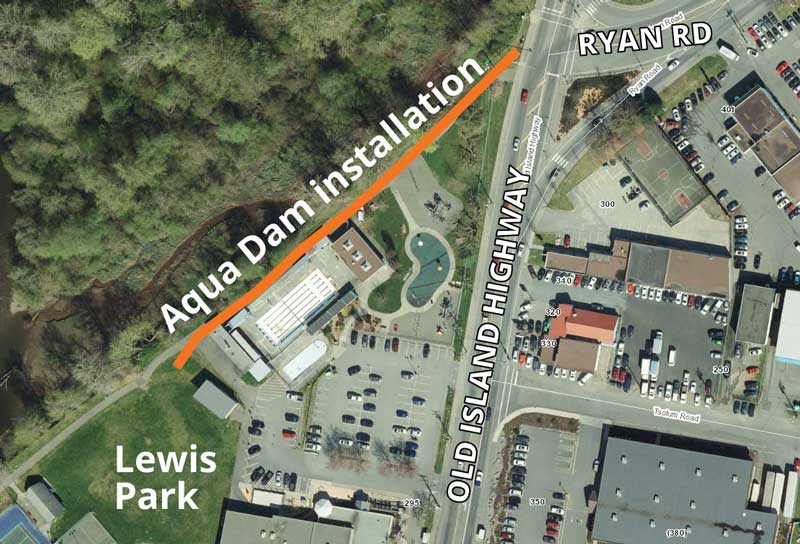