Dozens of firefighters from departments across Vancouver Island spent a recent weekend in Courtenay learning new skills that will help protect both themselves, and the communities they serve.

The Courtenay Fire Department, in conjunction with the Vancouver Island Fire Fighters Association (VIFFA) hosted the 2018 Fall Training Session on November 3 and 4.

Deputy Fire Chief Dennis Henderson said the session was the second time the Courtenay Fire Department had hosted a VIFFA fall training session. “The quality of instruction delivered to the participating firefighters was very well received, and everyone learned something of value that they could take back to their home departments,” said Henderson. “I’m really proud of how much support we received from our neighboring fire departments, community partners and our own members involved in hosting this event.”

12 members of the Courtenay Fire Department helped with the training event.

The Courtenay Fire Department extends special thanks to Fire Service Instructors from Oyster River Fire Rescue, Cumberland Fire Rescue, BC Hydro and the BC Safety Authority for their assistance in course delivery, as well as Georgia Straight Collision for donating the vehicles used in the auto extrication exercise. 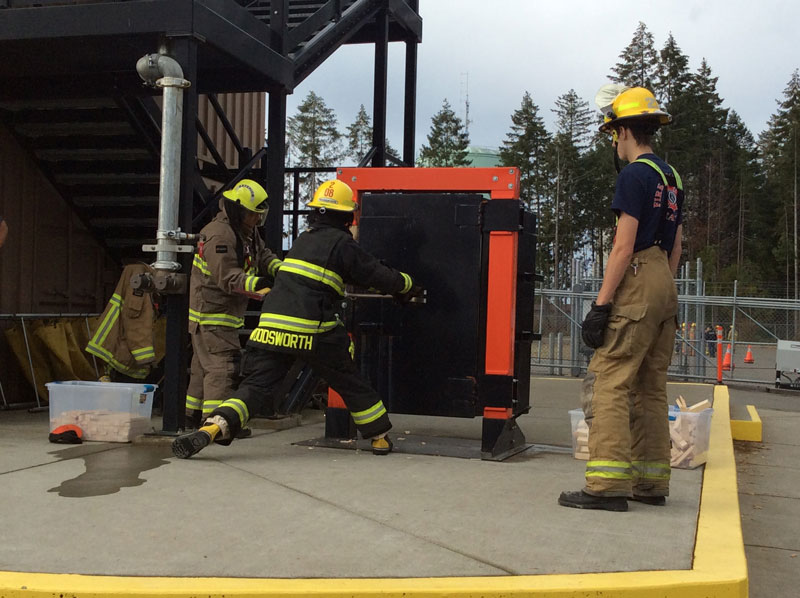 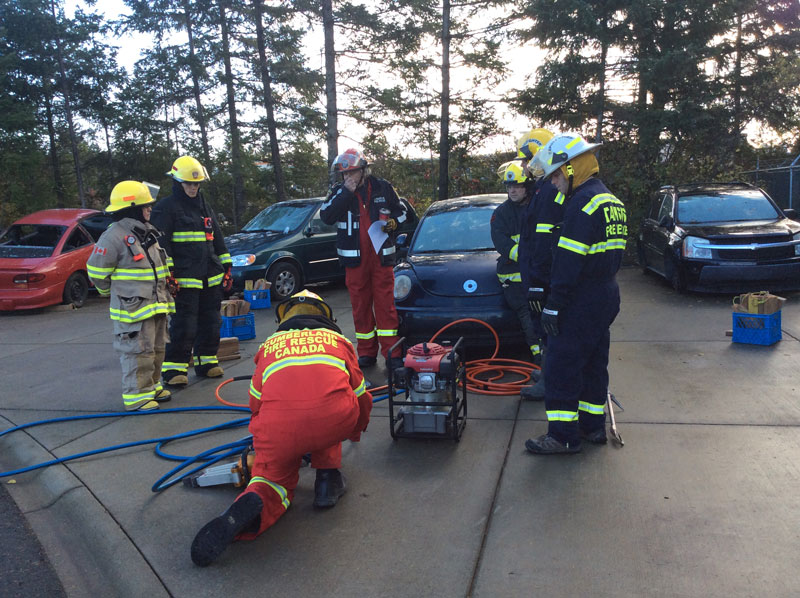