The Lewis Park stairs into the Courtenay River are set for an upgrade. Crews will begin mobilizing on site this week to replace both the north and south stairs used for river access.

The work will involve site preparation, followed by installation of new prefabricated aluminum structures, including stairs at the north end of the park, and a platform at the south end.

During construction crews will work on only one river access at a time, leaving the other river access available for public use. Access to the paved pedestrian pathway on the west side of Lewis Park will be affected, and pedestrians will be detoured around the work zone.

The work has been scheduled and approved through coordination with the Department of Fisheries and Oceans and the Ministry of Forests, Lands, and Natural Resource Operations.

Mike Kearns, the City of Courtenay’s Manager of Parks, said the project will improve river access in one of Courtenay’s most popular swimming areas. “This is a high traffic area for swimmers, and the old concrete stairs have reached the end of their lifespan,” noted Kearns. “We had hoped to have this project completed last year, but due to challenges in finding a contractor the work had to be postponed. We’re very pleased that the stair replacement is now underway so the public can enjoy easier access to the river.” 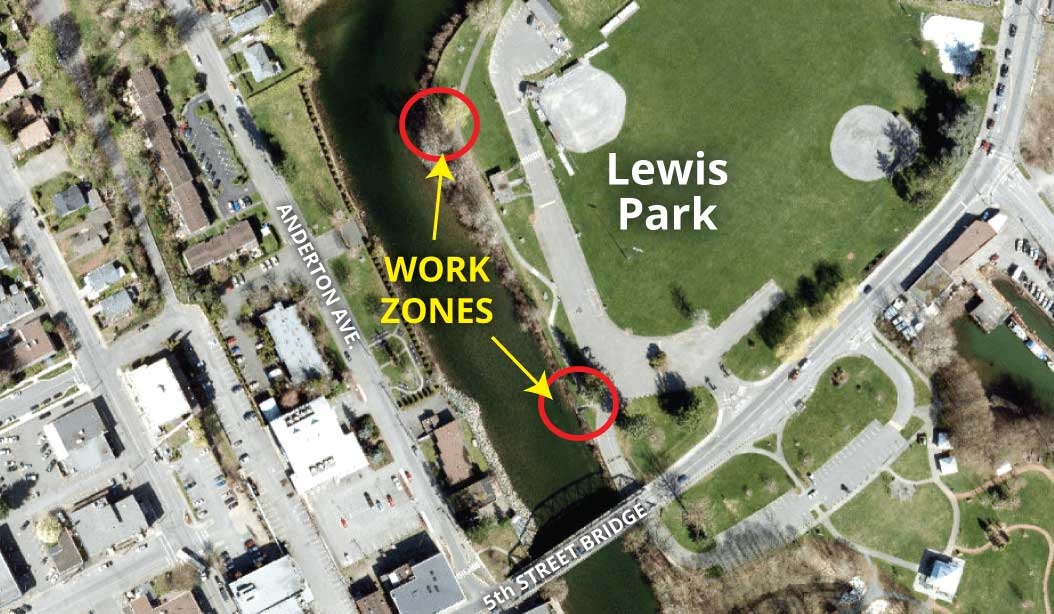