Lacrosse, pickleball, and recreational ball hockey players in the Comox Valley can expect smoother shots and better games thanks to a newly upgraded playing surface at Martin Park in Courtenay.

The renovated courts are located at 20th Street and Choquette Road, and include lacrosse lines as well as six pickleball courts. In addition to fresh paint the work has smoothed the previously bumpy court surface, greatly improving the play experience for all users.

Mike Kearns, the City of Courtenay’s Manager of Parks, said the plans for Martin Park have been in the works since last year in consultation with user groups.

“We’ve been working with the sports groups that use the facility to accommodate their respective needs, and we’ve all been looking forward to the reopening of these new and improved courts,” noted Kearns. “The contractor has done a fantastic job and we’re really happy to offer these upgrades to the community.”

While there were initial challenges securing a contractor that could complete the work in 2019, Victoria PlayCo was able to fit the project this summer thanks to favourable weather conditions that created an opening in their project schedule.

User groups wishing to book the Martin Park facility should contact the Lewis Centre at 250-338-5371.

To learn more about parks and playing fields in Courtenay, visit www.courtenay.ca/parks 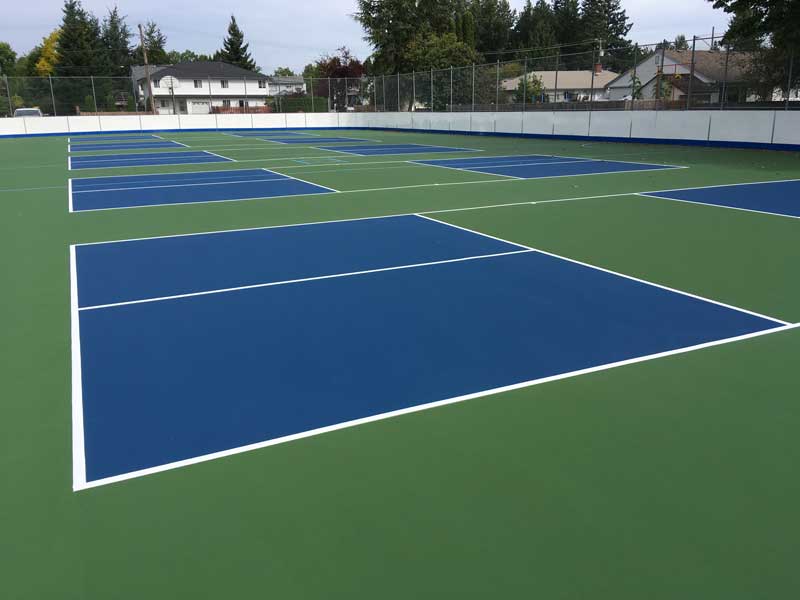