The City of Courtenay is working on plans to open a large riparian meadow on the banks of the Puntledge River to the public, and is inviting input from neighbours and the wider community that will help shape the park’s concept design.

McPhee Meadows is a 4.6 hectare (11.3 acre) riverfront property that was donated to the City of Courtenay and Nature Trust BC in through the federal Ecological Gift Program in 2011. The donor was the late Robert McPhee, a former Courtenay mayor and long-time member of Council. His vision was to provide public access to residents and to preserve the site in perpetuity as a public green space. While the park remains closed to the public at this time, we look forward to its opening in the future following the recommendations from the concept design and subsequent park development.

Learn more about the project and access the online survey at www.courtenay.ca/mcphee 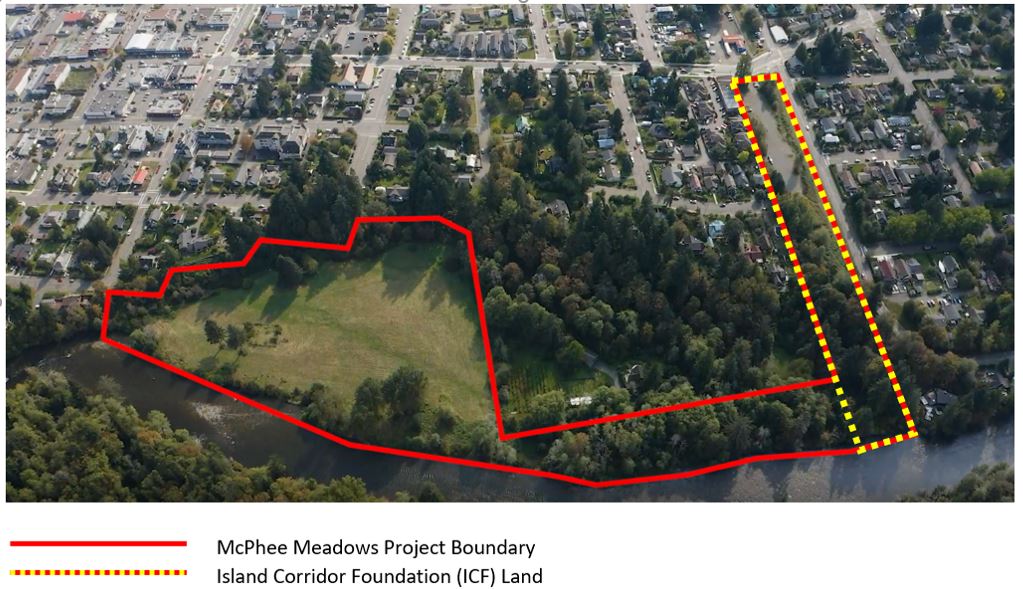 The site is located on the south bank of the Puntledge River around 4.1 kilometres upstream of the Courtenay River estuary. The land donation and plans for trail access will help secure more than 20% of the estimated 2.6 kilometre Puntledge River Greenway.

The City of Courtenay and the Island Corridor Foundation (ICF) have a Memorandum of Understanding in place that covers the ICF lands along Menzies Avenue. These lands will also be considered in the concept design process for McPhee Meadows, including access, park or trail uses, pending confirmation of lease agreements between the partners.

Under the terms of the land donation agreement, use and maintenance of the site must follow certain guidelines. These include maintaining biodiversity and environmental heritage features such as rivers, riparian areas, trees, and eagle nests. The City has retained Urban Systems to assist with preparing concept design options and a preferred plan for the site.

Initial local consultation began in 2019 but was put on hold due to COVID-19. A public consultation and conceptual design process for McPhee Meadows was endorsed by Council in 2021, with the vision of opening the park for public access in 2022 or 2023. There will be additional opportunities for community input in 2022.