Commuters crossing the Courtenay River are being encouraged to start planning ahead in anticipation of temporary traffic detours when the 5th Street Bridge Project starts next month. Bridge construction will continue for approximately six months.

During construction the bridge will be enclosed by scaffolding and fully wrapped to protect the marine environment while the existing lead-based paint is removed and replaced with a new coating. As a result, vehicle traffic will be reduced to single lane alternating traffic for the duration of the project. Brief intermittent periods of full closure may still be required at times.

What to expect during construction:

Courtenay Mayor Bob Wells said maximizing access to the bridge has been a priority for the project. “We’ve budgeted an additional $700,000 to keep one vehicle lane open,” said Wells. “The temporary walkways on either side of the bridge are another investment that will allow as many people as possible to cross the bridge on foot or with their bikes. This is a key link in the transportation network for the entire Comox Valley, and we’re doing everything we can to keep traffic flowing during this necessary bridge work. We encourage everyone to leave extra time for their commutes, especially as work on this project gets underway and commuters adjust to new traffic patterns.”

The city is also working on plans for at least one park and ride location; more information will be released as details are finalized.

The 60-year-old 5th Street Bridge requires structural improvements, new coating to repair and prevent corrosion, and deck repairs. The last significant investment in the bridge, including seismic upgrading, was in 2012. Engineers specializing in bridge construction and rehabilitation have determined that upgrades are necessary to preserve its integrity and prevent deterioration. Bridge repair was strongly recommended as a cost-effective, faster, less disruptive option compared to full bridge replacement.

The project budget to rehabilitate the 5th Street Bridge based on current estimates is $6.5 million. The construction contract is valued at $5.4 million. Additional project costs include project management, traffic optimizations, and contingency. The project will be partially supported by $1.96 million in grants, with the remainder funded through a combination of borrowing and reserves. 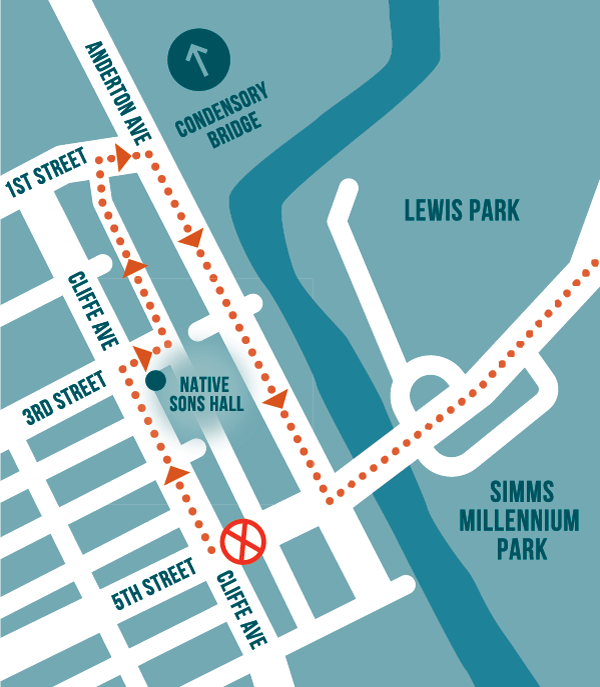