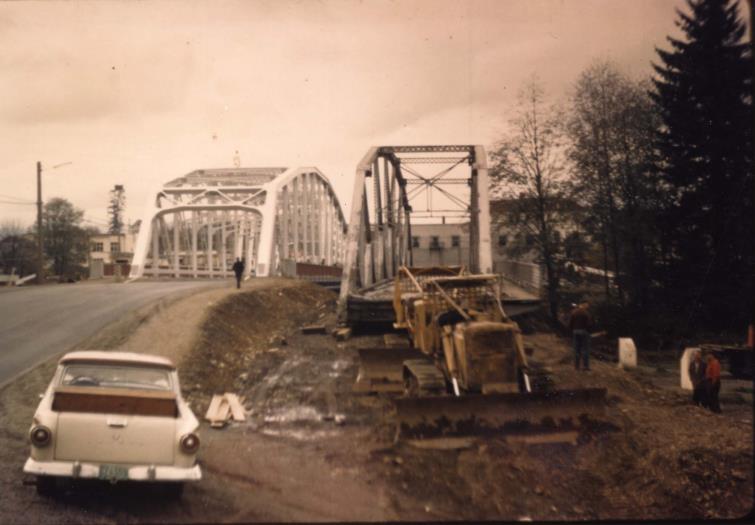 Courtenay's history is intertwined with the rivers that intersect the city. The Puntledge and Tsolum Rivers merge to become the Courtenay River. It was the building of a bridge across this river that enabled the development of the west side of Courtenay. This led to the creation of the downtown shopping district, The Orchard subdivisions, and paved the way for a large influx of population.

"When he was quite a small boy he came to the celebration of the opening of the first bridge across the Courtenay River, which was on the first of July. There was a great to-do about it. Joe Fitzgerald, Chas Hooper, Bob Jones, "Handsome" Harry Huxon and others were busy broad-axing the timber to go across the bridge so they would be smooth enough to dance on. For that was one of the big events of the day - the dance on the new bridge. It had been roofed in completely with small firs and dogwood trees in blossom and made a very pretty picture. The celebration started with a picnic at noon and was kept up all day until the early hours of the next morning. "Handsome" Harry was one of the characters of the time. He was an Englishman, who had all the comic songs of the day on his tongue and he was a great favourite at all gatherings."